BUTTING pipes for the Johan Sverdrup oil-field in Norway 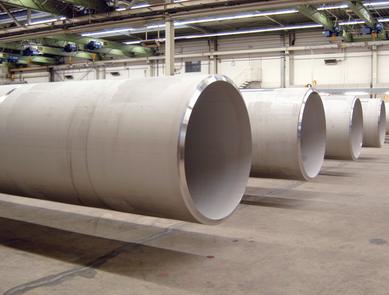 Norway is currently developing a huge oil-field in the North Sea. The country is hoping this will secure its position on the oil market for the next 30 years. BUTTING was granted the order to produce and deliver longitudinally welded, corrosion-resistant pipes for this project.

At the moment, the situation on the oil market is the worst it has been in a long time. At around 30 dollars a barrel, the oil price is at its lowest level for more than 13 years. Due to this strained situation on the oil market, times are tough for all the countries involved in this industry. Norway too, a country where the oil and gas industry contributes around 20% to the annual GDP, is currently struggling with the low oil prices. Nevertheless, Norway decided in 2015 to develop a new oil-field. The field was named after the Norwegian Prime Minister Johan Sverdrup, who was in office between 1884 and 1889.

The Johan Sverdrup oil-field was discovered in 2010 and is in the Utsira High region of the North Sea, 140 kilometres from the coast at Stavanger. The oil deposit is 120 metres below the surface of the water and is 1,900 metres deep. The first phase in the oil-field development includes erecting four platforms: a processing platform, a riser platform, a drilling platform and a living quarters platform. After the expected start of production at the end of 2019, Norway plans to extract oil from this field until 2050. A pipeline is intended to transport around 550,000 barrels of oil a day to the Mongstad terminal in Horaland. It is estimated that between 1.8 billion and 2.9 billion barrels will be extracted in this way.

Norwegian trading companies granted BUTTING the order to produce and deliver longitudinally welded, corrosion-resistant pipes for the Johan Sverdrup oil-field. Statoil and Lundin Norway are the operators of the oil-field.

Christian Schenk from the CRA pipes department makes clear: “The order volume up to now already comprises almost 1,000 tons of duplex, superduplex and 6 moly materials. The dimensions range from 6” to 30”, with wall thicknesses between 3 mm and 40 mm. In all our activities we endeavour to achieve top performance and in this major project too we will put in every effort to deliver the materials to the construction yards on schedule.”