Contract for the provision of insulation, scaffolding and painting (ISP) services on an offshore platform located in the Sleipner gas field 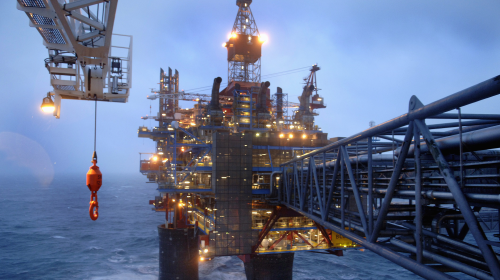 Statoil has awarded Bilfinger Industrier Norge a contract for the provision of insulation, scaffolding and painting (ISP) services on an offshore platform in the Sleipner gas field. In doing so, the energy company has exercised an option under a framework contract which it signed with the Bilfinger company for the Gudrun oil and gas field.

Valued at about EUR 40 million, the new contract will be running from 1 August 2014 to 5 September 2017, with the possibility of two more two-year options. The Sleipner field is located off the Norwegian coast, about 250 kilometers west of Stavanger.

"We are delighted that Statoil has renewed its confidence in us at Sleipner," says Bjørn Harald Celius, CEO of Bilfinger Industrier Norge. The Bilfinger company has been providing insulation, scaffolding and painting services for Statoil since the contract awards in 2010. The option which has now been exercised was detached from the other contracts which Statoil had awarded to Bilfinger Industrier Norge in autumn 2013 for the Gudrun oil and gas field.

"A new framework contract for three more years means continuity in our projects and for our employees. We look forward to continuing our fruitful collaboration and to making a valuable contribution to safe, competent and efficient operations," says Celius.