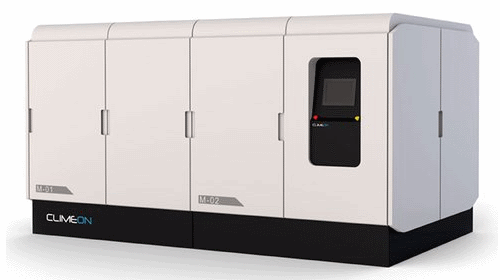 Climeon has with its Climeon Ocean enabled highly efficient, profitable production of electricity, using hot water. With more than half of the world's energy wasted as "cold heat" or hot water there are vast market and environmental potentials.

On the 26th of May Climeon AB and Deprag Schulz GmbH u. Co. signed a manufacturing agreement for a next generation turbine generator called C3-GET-R160. The new turbine generator system will enable further improvements to the already world class efficiency of the Climeon Ocean solution. The deal includes a production agreement allowing for large scale manufacturing and global deployment.

"With this cooperation we expect a successful enlargement of our existing GET product range. Those Turbine Generators can be used in a lot of different applications like Energy recovery in Biogas- and Thermal power stations, stationary and mobile combustions engines or in smelt furnace plants. We are glad to have Climeon as a powerful partner with a very promising new technology", says Dr. Rolf Pfeiffer, Managing Partner of Deprag.

"An efficient turbine is critical for maximizing the customer value and Deprag's extensive experience for Turbine design and volume manufacturing is a perfect match for Climeon going forward. We have strongly worked together over the last 3 years and we are very glad that we now can take the next step in this cooperation", says Thomas Öström, Climeon CEO.

The Climeon Ocean solution has a wide range of applications including industrial waste heat (e.g. steel plants and paper production), large engines (e.g. ships and land based), geothermal energy, solar heat and many more. The product range is scalable from 150 kW to 1MW and beyond.

"Our Ocean system has already by far the highest efficiency in the market for low temperature to electricity conversion and with this agreement we are further improving this position and also securing the volume manufacturing required by high customer demand", says Thomas Öström, Climeon CEO.