"You have to see the big picture"

A conversation with Johann Vielhaber, CEO of ASMAG/SEUTHE Tube: Herr Vielhaber, it has been said that "Digitization is changing our world. The Internet and modern technologies are increasingly shaping the production industry. We stand before a crucial change – at the threshold of Industry 4.0." Do you agree with that?

Johann Vielhaber: At least consider what is different. Digital development is taking place exponentially. Exponential growth is counterintuitive to the human brain. Despite the love of technology and the myriad options that are open to people today with all the technological innovations, you have to repeatedly ask yourself at certain points: Does this really make sense? What elements of all of this do I, or my customer, really need?

We, as engineers, have to take on completely new responsibilities at this point. It is my responsibility to the company not to just install and offer everything available, but rather only what is truly necessary and improves my system, not more complicated and susceptible. Technology is not an end in itself.

Those who do not use their common sense and do not look at the entire process as such, reverse the benefits of the technological progress and miss out on the positive aspects.

T: But progress has not stopped, and if you can't beat them, join them, right?

JV: Technology undoubtedly has the potential to make everything better. Our drive for innovationhas guided mankind into the modern civilization we have today. Change was yesterday, is today and will also be tomorrow. Man has always used technical instruments and tools in order to optimize his limited cognitive capacity.

But all truly pioneering achievements of the Homo sapiens, starting in the Stone Age and proceeding through the Iron, Copper and Bronze Ages, still exist to this day. They were only brought up to date with modern technologies of the time.

A wheel is always a wheel; only the profound improvement of its material properties, which made a different drive possible (when economically feasible), further advanced humanity by leaps and bounds. 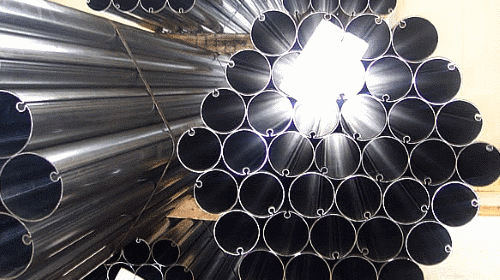 T: But that means that inventions should be available to everyone and not just to the patent holders. Take the wheel. It moved the world in the most literal sense.

JV: The most successful inventions in the world were not protected by patents like they are today. Anyone who was smart enough could use them for themselves. They usually made life easier, better or more beautiful: The hand ax over 2 million years ago,the ability to master fire, metalworking, the steam engine and the Internet, just to name a few examples.

The best templates for some inventions were given to us by nature itself, such as Velcro, the suction cup or the lotus effect. Today inventions appear every second. The more civilized our world became, the more patents were applied for to improve the world day by day.

2014 saw the highest ever rate of granted patents. You have to watch like a hawk to make sure you're not manipulated or simply pulled along, but rather determine yourself in which direction you want to go. A life without smartphones seems almost impossible to the current generation, while parents struggle to keep up with the latest technology.

Conclusion: The Internet, smartphones and networking offer unimagined possibilities to make the World a smaller place, but: Equipment, machines and cars - life around us is becoming evermore complicated while on the other hand, everything should be more affordable. How can this work?

T: Doesn’t globalization entail this? The entire world is open to us, including its manpower and resources.

JV: But more jobs are being eliminated while labor-intensive work up to and including complete production is being shifted to emerging countries. But our children still need to have a future and a job. Our apprentices today will be the key players of our society in ten years.

For ASMAG, there are at least two reasons to manufacture in Austria and Germany: The first is the securing of local jobs, and the second is the most extensive quality guarantee in the world: "Made in Austria" and "Made in Germany" – for me and the world, this is a binding promise of quality that I can only control with my own production and without exception: I know what I am selling to my customers, because our products do not just read "Made in," but rather "Made in Austria" and "Made in Germany." 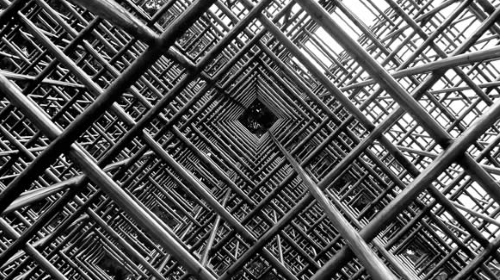 T: High quality and in-house production. Doesn't this make ASMAG systems more expensive than, for example, those offered by the competition?

JV: Of course, but our customers also get a great deal more. The investment in a system cannot be judged by the purchase price alone. This assessment requires three years of operation.

Only then can the customer consider all of the factors – from the user friendliness, the operational safety, durability and availability to the functionality. Is this the solution that I have been looking for that runs flawlessly, just like I had hoped for? Only then can you tell whether the decision to purchase a system was right or wrong.

We are also available to our customers after the purchase, to make difficult situations better instead of looking for excuses. Sturdy, durable, solid and high quality machines have been built for decades now at the Asmag Group. With the sale of each system, we strive to build trust.

Only satisfied customers come back, and in all the years that we have been on the market, we have never lost a single customer.

T: Does this mean that ASMAG foregoes profits in favor of better quality?

JV:Yes, that's what we do. But not solely for that purpose. It is about more than that. Sustainability also means responsibility and not just putting money in the bank. Profits are necessary and essential to securing the future of a company, because no company would last long on the market without continued development.

And optimization never stops: questioning the conventional, thinking differently and delving deeper into issues. We have to keep the big picture in mind – from the qualification of our employees to looking at our customers and reflect on what offers them added value. The value analysis takes place before and after the purchase – and an ASMAG system is designed for a long service life of at least 20 years.

Success does not mean shortsighted savings of 5 cents somewhere, as has now become the case with purchase-controlled corporations. "Profit maximization" alone is not profitable. 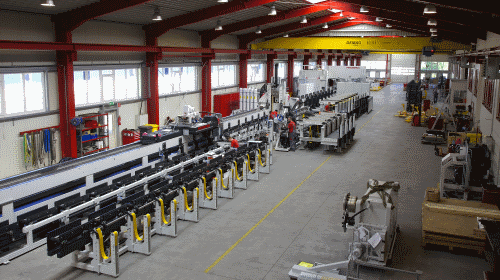 T: Dr. Jochen Köckler, Boardmember of Deutschen Messe AG, once said: "The competitiveness of a company frequently depends on the ability to be closely linked with all of the market participants involved in the production process in order to develop products more quickly." Do you see it that way? What can ASMAG and SEUTHE systems do today that they could not do before?

JV: First of all, it is important to us that our systems are what they have always been: The simplest, but highest quality solution to optimally produce exactly the product that the customer wants while conserving resources. To this end, the designs are tested for decades.

Of course our systems today have a higher availability and precision, are low vibration, have better geometry and tolerances, much lower scrap rates and minimized changeover times . The electrical design has also been completely replaced. It saves energy and the processes are coordinated and automated. This means the output is higher while utilizing fewer personnel.

But regardless of all the quick means of communication, good things take time: It can take a year from the sale of a system to the commissioning at the customer's location, depending on the system's degree of innovation. The high quality solution is the focus, not the speed. 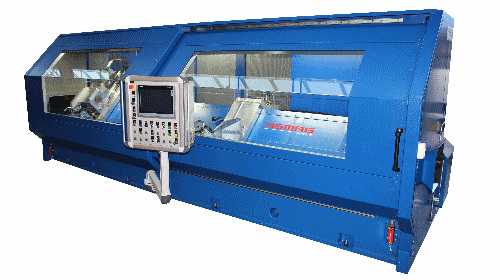 JV: We don’t need to reinvent the wheel every day, but it needs to be of the highest quality. If it breaks after the first few miles, even the best technologies are useless to make it go faster, be safer, more stable and more durable.

I know what is built into our systems, starting from the first screw, to the bearings to the other important details. Of course I also know what the quality is, which gives me a clean conscience towards the customer and our pricing.

You see, as an entrepreneur, I am personally accountable to our customers every day – and we like to be held responsible. It is therefore not our aim to take over the cost leadership. The Asmag Group stands for quality, productivity, availability and efficiency.

T: Herr Vielhaber, thank you for your time!