Topic of the Month November 2008 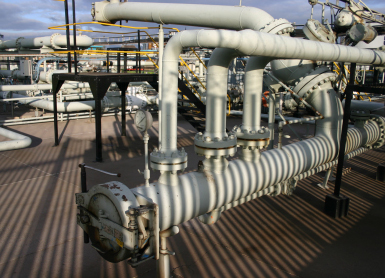 Fig. 1: A sensor system will be available to automatically monitor many kilometers of pipeline for damage due to wear or vandalism. Source: Siemens Corporate Technology

In industrial applications, the materials used are generally subjected to a complex set of requirements. In addition, pipes and wires are often used in critical environmental conditions and very demanding surroundings – mechanical influences, corrosive effects, erosion or even damage caused by animals and vandalism are mentioned here as only a few obvious examples that demonstrate the additional set of stress factors.

Therefore, in addition to their actual function for which they are designed and dimensioned, such components must also meet high safety-related requirements or offer adequate margins to function reliably. However, the effects can often only be estimated ...

Within this context, current research and development have delivered major innovations that provide pipes and wires and the function units based on them with a set of properties that enables them to meet these difficult to calculate requirements – safely, fast and reliably. There is indeed a trend toward systems that are based on multifunctional sensors and make it possible to immediately detect the failure of a material or device and to report such failure to the associated monitoring units.

This is a development that supports the grown requirements for new technologies with respect to material efficiency, the saving of resources, environmental protection and sustainability at a high level!

Engineers of Siemens Corporate Technology are currently working on next generation communicating sensors that can be integrated in a wide variety of systems. These will make it possible to automatically monitor and check pipeline systems that are many kilometers long.

Researchers think e.g. of Russia’s oil and gas production in Siberia as typical areas of application. The tundra with its countless production sites and nearly endless pipelines is exactly such a region that makes a wide variety of materials susceptible to failure.

A lack of infrastructure, long distances, changing climatic conditions and much more take their toll on materials and components, causing either rapid failure or gradual deterioration. Of course, pumping and transport systems are already monitored today – but using cabled sensors that are also prone to breakdown. Therefore, the new technology relies on wireless sensors for autonomous operation that can detect not only defects but also damage by vandalism. They detect sudden pressure loss in pipelines as well as unusual knocking or digging noises in the surrounding area.

Intelligent software can also check the status and functional conditions of integrated pumps and compressors on the basis of their vibration and environmental data – such as temperature and oil level –, so that irregularities can be reported before a massive failure occurs.

Fig. 2: Prototype of a sensor that can reliably report hydrogen embrittlement in steel. Source: NIST.

Hydrogen is increasingly becoming an energy source of the future, the advantages being obvious – it burns without harmful carbon dioxide emissions, is a high-energy medium and is available in unlimited quantities. Besides these advantages, however, hydrogen entails a number of technological problems that should not be underestimated.

Everybody remembers the spectacular pictures of the exploding zeppelin Hindenburg, and every engineer knows the disadvantages of hydrogen embrittlement in industrial plants and reactor installations.

American scientists at the National Institute of Standards and Technology (NIST) and their colleagues from the Colorado School of Mines in Golden developed the prototype of an innovative sensor that can detect and prove smallest accumulations of hydrogen in pipeline steels very quickly. This will make it possible in the future to detect the smallest quantities of hydrogen in steel, which could cause material failure due to hydrogen embrittlement.

The transportable hydrogen sensor with a size of just about 25 cm2 uses a fully non-destructive and contactless measuring principle. The method relies on the variation of the impedance of a material as a function of its hydrogen content. In lab and field trials, the new development convinced by its exceptional sensitivity – the sensor is able to reliably detect a hydrogen content of well under 1 part per million (ppm).

According to the scientists, conventional detection methods are still not able to provide a similar accuracy and sensitivity. The new sensor can also be used as a preventive monitoring system to detect substances that can cause material failure, cracks and other defects and to report these even before actual damage has occurred.