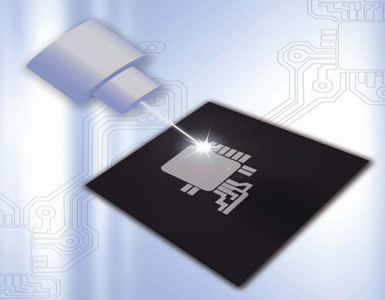 Figure: An innovative PP compound is the key to a metal-free MID technology that enables the production of three-dimensional interconnect devices in only two manufacturing steps. Source: pp-mid, Rathsberg.

The miniaturization of components, combined with the integration of complex functionality, is a strong driver to create unique product features. In technologically sophisticated products – such as wires and interfaces –, this type of concepts is becoming more important and begins to play a key role in the implementation of the innovative solutions of the future. This topic of the month gives an impression of the efforts made by corporate and academic R&D departments to meet the steadily increasing demands of the market in this field.

The development of a new type of compound based on polypropylene (PP) greatly facilitates the production of so-called Molded Interconnect Devices (MID). The new technology relies on the fact that the conductive, carbon-based substance is already embedded in the compound. This development step fully eliminates the previously required metallization processes, so that MIDs can be made in as little as two manufacturing steps. In the first step, the desired device is produced by simple single-component molding. This is followed by a step in which the device’s surface is partially, and to a highly controlled degree, melted through the defined application of a laser beam to the thermoplastic material. The treatment causes the conductive substance to emerge to the surface within the treated areas. This converts the component into an interconnect device that can carry any shape of conductive track and surface with the required conductivity. Resistant to scratching and offering high mechanical strength, the MIDs made of the new PP compound lend themselves primarily to the production of components that are designed for lower electrical power levels, as well as for equipontential bonding and screening.

Printed electronics can score in many applications – especially for basic uses, the technology is superior to familiar photolithographic processes due to its functionality, its contribution to the saving of natural resources and its cost-effectiveness. Printed electronics are already in use – polymers are used to build conductive paths and devices in conventional material systems. However, the electronic properties of these materials does not match those of inorganic materials. The charge carriers move more slowly through the polymers, which poses a limit to key functions – for example, printed RFID tags have a significantly lower range than traditional RFID tags. In addition, polymeric systems are often more sensitive to environmental influences such as moisture and UV radiation. A team of scientists around Dr. Michael Jank of Fraunhofer Institute of Integrated Systems and Device Technology (IISB) in Erlangen has recently started a new process line that can print electric devices made of inorganic materials – using an inkjet printer similar to those that are omnipresent in the office environment. The scientists have purpose-designed an ink that consists of conductive nanoparticles and stabilizers and meets all requirements for easy processing. The new nanoink has already successfully passed initial printing tests. The scientists hope that the first circuits, incorporating basic functions, can be produced in the near future. “We expect that, with simple circuits, printed products will cost about 50 per cent less than silicon-based devices,” says project manager Dr. Jank. These will e.g. be suitable to monitor temperatures or to store and transmit data.

Physical scientists from the team around Prof. Ralph Claessen of the University of Würzburg recently succeeded in making the world’s thinnest wire – one million times finer than a human hair. The scientists evaporated elementary gold in a vacuum at temperatures around 500 degrees Celsius and deposited the vapor on a Germanium substrate. Using special preparation methods, the scientists achieved a geometric arrangement of the gold atoms. Instead of forming a layer, the gold atoms arrange themselves into straight and parallel chains that have sufficient space between them to avoid interfering with each other. It has even become possible to manipulate these nanowires, e. g. by varying their diameter or by linking different conductor tracks together. With these findings, the scientists created new enabling knowledge and demonstrated the technological feasibility of the process that could become very significant in electronics and computer technology.

- New pipeline to deliver gas from the Caspian Region to Europe
- Intelligent composites: Plastic metal hybrids
- Protection against corrosion: An enabler of sustainability