Topic of the month October 2010 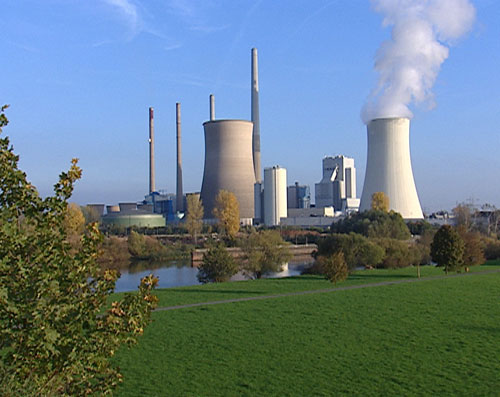 Climate protection has its price, as in Germany above all the power customers can tell. According to recent reports by the Economist and the Neue Zürcher Zeitung, they payed more than 10 billion euro for the advancement of renewable energy sources last year. The EU Emission Trading System (EU ETS) is another significant cost factor. Since 2005 it limits greenhouse gas emissions by both the energy and the industrial sector in the EU and is set to enter a new stage by 2013. The carbon allowances most of which are now still being allocated for free being auctioned at the European Energy Exchange EEX in Leipzig will become the rule. Depending on the price for carbon certificates, currently about 15 euro, German electricity prices will be on the rise once more. This is mainly due to the high number of coal power plants. E.ON and RWE, two of the suppliers, already pay several hundred million euro a year as they have to buy up 30-40 per cent of their carbon allowances.

2013 onwards not only energy suppliers but also their major customers face rising costs. Take for example the steel industry for which power prices are a major production factor. Like the aluminium, chemical, paper and cement industry the steel industry qualifies as a so called “energy intensive industry”, meaning that energy costs make up for a considerable share of an industry's gross value. In particular the making of electric furnace steel is an energy intensive process as is primary aluminium production. Energy costs account for ten and 25 per cent respectively. “Since the beginning of the Emission Trading System, electricity prices have roughly tripled, also because the costs for allowances have been passed on to customers,” says Hans Jürgen Kerkhoff, head of the Wirtschaftsvereinigung Stahl representing the German steel industry. He estimates that the steel industry now pays an additional 365 million euro a year due to the ETS. This amount could almost triple by 2013, Kerkhoff says.

The EU ETS is one of the main tools through which EU Member States want to achieve the reductions provided for in the Kyoto protocol (eight percent by 2012, 20 per cent by 2020 compared with 1990 levels). The idea, developed many years ago for environmental protection, is quite simple: the air is to be treated as a natural resource whose pollution with greenhouse gas emissions is only permitted in exchange for respective carbon allowances. The number of allowances is provided for by the politically defined climate protection aims of the EU. Companies emitting more than they are allowed to face the choice of either reducing emission levels through appropriate technical measures or of buying additional certificates. Companies that emit less than they could may sell superfluous allowances to others.

The EU ETS is being set up in three stages: in the pilot phase (2005-2007) distribution of carbon allowances was entirely free. Now in phase 2 only a small percentage of certificates is being auctioned. According to the German Emissions Trading Authority (DEHSt) 1,656 facilities were covered by the ETS accounting for just under 430 million tons of carbon dioxide emissions. They obtained about 390 million allowances for free. This is to change from 2013 onwards when the EU Emissions Trading Directive approved in December 2008 provides for entering a process whereby complete auctioning of carbon certificates becomes the rule. Energy companies are the first obliged to buy a hundred per cent of their allowances, industrial facilities start with 20 per cent. This share is to rise gradually up to 70 per cent until 2020.

The major flaw of the EU ETS is of course its being limited to EU Member States only. For years experts have been issuing warnings against what they call “carbon leakage”. It is feared that due to the ETS energy intensive companies could move production sites and many of the 750,000 jobs in that sector abroad, starting nothing less than the deindustrialization of Germany. This may well be a gross exaggeration, but the debate is fueled by concerns about material privileges for industries that qualify as linked to being named leakage endangered. However, few experts doubt that this is true for the steel and the primary aluminium industry since they are both energy intensive and exposed to tight international competition at the same time. Already in 2006 aluminium production facilities in Germany had been shut down due to high electricity prices, several others are extremely endangered.

Authorities are well aware of the problem. Industries identified by the European Commission as leakage-endangered are to continue to receive all carbon allowances for free, provided they apply state of the art technology. But political support must not stop here, says Hans Jürgen Kerkhoff. “German electricity prices are among the highest in the world. Our competitiveness is at stake. That is why we need a compensation for the additional electricity costs.”

- Transgreen-consortium plans to transport solar electricity from Africa to Europe
- Metal Substitution: Plastics are on the Way
- Innovation in GREY: Concrete Convinces with Tailor-made Properties