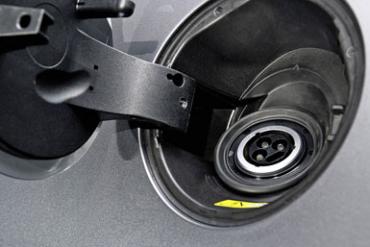 Picture 1: Uncommon sight: A socket instead of a tank cap
Source: BMW AG

The future car is quiet and clean: According to plans of the German government, by 2020 one million electric cars will be on the road across the Federal Republic. To make that happen, it has adopted a national development plan last year which is supposed to turn the country into the world's leading market in electric mobility. Currently, up to 1.000 electric vehicles are being tested in eight pilot projects across Germany to give the new technology a breakthrough. Thereby, the government does not only want to reduce its dependence on oil as the primary energy source for transportation, but also to move one step closer towards its ambitious climate control goals.

The leading global car industry is striving for the perfect electric vehicle. At present, hybrid cars dominate the scene which combine the traditional combustion engine with an electric motor. However, a Japanese producer has already introduced the first full electric car, the big European car makers will follow soon. And yet, one shouldn't expect too much too soon, says Lars Busemann, editor at autobild.de, “Buyers of the first electric cars need to be prepared to compromise. Electric cars are about 20 per cent more expensive than comparable cars with combustion engine, they have a low range and take a long time to be recharged.” Adding to the problem, infrastructure for recharging the vehicles still needs to be built. It will take years before one will be able to recharge his car at one's doorstep. Thus, for the time being, only in the city will electric vehicles be considered an alternative, says Busemann: “For the next three decades, combustion engines will remain the primary technology. The diesel as well as the petrol-driven engine still have a lot of potential waiting to be exploited.” In the long term, however, car makers and politicians alike seem to agree that the future of the car is electric.

Having said this, new markets are emerging for automotive parts suppliers, including the wire & cable industry. “A car can't run without wire and cable”, says Wolfgang Reitz, deputy manager of the German Electrical and Electronic Manufacturers' Association (ZVEI), division cables and insulated wire. “Via the extension of the distribution networks and new on-board power supply requirements electric mobility will turn into an innovation and growth driver for us.”

In an electric vehicle the amount of power to be transmitted is significantly higher than in a usual low-voltage on-board power supply used for lighting or the car radio. This is why a second high-voltage on-board power supply is required to connect the battery with the electric motor. „In a low-volt on-board power supply 12 volt battery voltage equaling 14 volt nominal voltage are employed. Now we deal with voltages from 120 up to 1.000 volt“ says Dr Helmut Kalb, director of research & development of the German LEONI Kabel GmbH. Having said this, employed cables change as well: not only do they have a bigger cross section of 10-35 mm² compared to 0.35-6 mm² in low-voltage on-board power supply, but they are also additionally shielded and need to resist higher operating temperatures of up to 200° C. The technology is well-known from industrial applications where similar cables are already being used for machines driven by electric motors. „However, employing these types of cable in a car is far more demanding considering the need for sophisticated insulation and electromagnetic shielding combined with limited space. And costs shouldn't be to high either“, says Kalb.

Nevertheless, he is convinced that the advance of electric mobility will eventually pay off for the wire & cable industry. It is true that in one electric car less than 50m high-voltage cable is being used, significantly less than the 2.5km low-voltage cable in a regular upper middle-class vehicle. However, says Kalb, “due to the larger amounts of copper employed and the higher technical demands the new cable types are more profitable.”