EU looks to liven the economy with Free Trade Agreements

Informal talks have been going on for years – now, since mid-June, it is finally official: The EU and the USA are negotiating a transatlantic free trade agreement. Already three months ago, the EU and Japan began official talks about such an agreement.

Concurrently, Japan and the USA are talking about trade liberalisation. If successful, the negotiations could lead to the establishment of the largest free-trade zone in the world. According to the European Commission, which is now managing the talks for the EU member states, the EU stands to gain as much as two percent economic growth and up to two million new jobs.


According to the European Commission, which is now managing the talks for the EU member states, the EU stands to gain as much as two percent economic growth and up to two million new jobs. Not everyone, however, shares this optimistic assessment: The European automotive industry fears that the reduction of trade barriers could actually do more harm than good.

The liberalisation of world trade is stuck in a permanent crisis. There has been no forward movement with the Doha Development Agenda for years. In order to breathe live into the stagnating economy in the face of this, the EU states are now looking to open new markets through bilateral free trade agreements, thus generating new economic impulses.

The focus is on two of the most significant European trade partners – the USA and Japan. Above all, the European economy hopes to benefit from a transatlantic free trade zone with significant growth and employment impulses. A study conducted by the ifo Institute in Munich on behalf of the Federal Ministry of Economics and Technology came to the conclusion that transatlantic trade could grow as much as 80 percent due to a comprehensive liberalisation. According to the study, 400,000 new jobs could emerge in the EU.

There is good reason that German Federal Chancellor, Angela Merkel, has declared the transatlantic free trade agreement to be the most important current project in European trade policy.


The USA and Japan have also both shown great interest in a mutual reduction of the trade barriers with the EU. US President Barack Obama, together with EU Commission President José Manuel Barroso, personally gave the starting signal for negotiations with the EU during his European visit.

The USA is already engaged in talks with ten Asian states, including Japan, about a transpacific trade zone. In Japan, on the other hand, the automotive and electronics industries are pushing for trade facilitation, fearing that they will not be able to compete with South Korean manufacturers in the European market. The EU already signed a free trade agreement with South Korea, from which these manufacturers are greatly benefiting.

From the standpoint of the EU, the primary emphasis of the negotiations with both the USA and Japan is not on the reduction of duties, but – more than anything – on the diminution of so-called non-tariff trade barriers. The duties on EU exports are already relatively low in both Japan and the USA. By contrast, European businesses complain repeatedly that they have virtually no market access in Japan. The Japanese government, on the other hand, has a strong interest in the fact that the EU is currently reducing the duties on Japanese automobiles by approximately ten percent.

Improved market access versus reduction of import duties – this, in the end, will be the primary topic of the European-Japanese negotiations. Quality standards that differ from EU standards are a problem for European manufacturers, among other things. 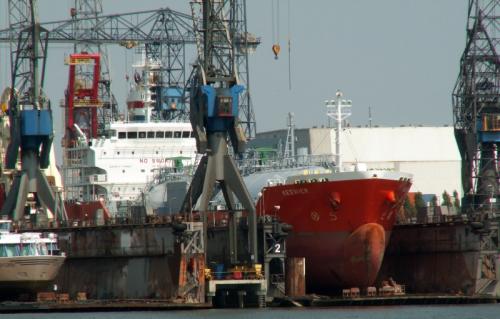 Large Industrial associations such as the Federation of German Industries (BDI) and the Federation of German Wholesale, Foreign Trade and Services (BGA) welcome the negotiations and regard them as opportunities for trade expansion. The sorely afflicted European automobile manufacturers, on the other hand, fear an escalation in foreign competition. The European industry association, ACEA, is concerned about the potential increase in Japanese exports without an equal benefit for the European automotive industry, referring to experiences from the EU agreement with South Korea. While the European automobile market has been stuck in a crisis for years, the South Korean manufacturers Hyundai and Kia recently reported two-digit growth rates, without a similar increase in the number of European exports to South Korea.

The European automotive industry is demanding concessions from the Japanese government, particularly regarding the standardisation of registration standards. In order to be responsible for the concerns, the European Commission has reserved the right to suspend talks if no noticeable progress is made with this point during the negotiations.

The weakening economy is challenging the EU states as well as the USA and Japan. So all sides have great interest in generating fresh growth impulses by new free trade agreements. Recently, advocates of a transatlantic free trade zone have won the upper hand in the USA, and Japan is showing a desire to open up global economy more than ever under the pressure from the automotive and electronics industries.

As strong as the political will may be, however, the fear that individual industrial branches have of foreign competition stands in powerful opposition. Long, tough negotiations lie ahead, and the talks could fail at any time.

Production work in the future - Industry 4.0

The study "production work of the future - industrial 4.0", by Fraunhofer IAO provides a design basis for the "fourth industrial revolution." More than 600 production managers and more than 20 leading experts have drawn their vision of the future factory work.