Topic of the month December 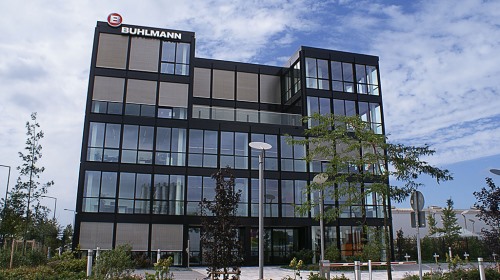 The company's location in Duisburg with 110 employees

The BUHLMANN GROUP is at home in the world. Since 2008 alone, it has created subsidiaries in China, Singapore, Thailand, Argentina, Russia, Denmark, Belgium, Spain, the United Arab Emirates and Austria. Thus, the Group’s presence at Tube 2014 will represent 27 locations in 19 countries with more than 700 employees.

The company sees itself as an internationally operating competent and innovative premium supplier of steel pipes and tubes and associated fittings and accessories for industrial plants. Buyers of these products include companies from the energy, petrochemical, chemical, and oil and gas industries, the offshore drilling sector as well as pipeline, plant and mechanical engineering and shipbuilding.

From the early beginnings to the global market

Among the first customers during the founding era were local craftsmen from Bremen and surrounding areas. Later on, the emerging shipyard sector in the Hanseatic cities of Bremen and Hamburg was a particularly important contributor to rising demand for tubes, fittings and accessories used in shipbuilding.

Step by step, the family company expanded its trading area beyond its home region. In the 70s, additional sales offices were established in Finland, France and the UK.

As order volumes kept increasing, logistics had to be brought in line with rising demand. After initial efforts in Düsseldorf-Derendorf, the central warehouse for distribution in Europe – and later worldwide – was opened at a vacant industrial site in Hilden.

The company itself, along with several warehouses and an administrative unit, moved to a larger site at the port of Hemelingen, in close proximity to Bremen’s shipyards. The company’s official name change to Buhlmann Rohr-Fittings-Stahlhandel GmbH + Co. KG was also executed at that time.

Current warehouse capacity adds up to a volume of 50,000 metric tonnes globally, with total storage area being 100,000 square metres. A continuous expansion of capacity aims to ensure a rapid and flexible response even to last-minute customer orders and requests. Storage capacity at the Duisburg location, for instance, was recently increased by 3,500 square metres. 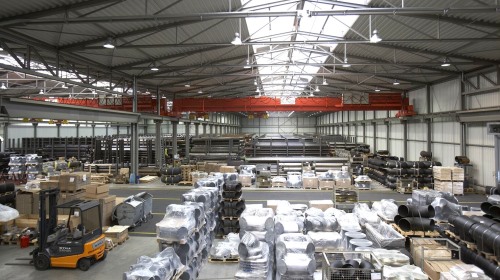 The warehouse Duisburg with a capacity of 40,000 square meters

The BUHLMANN range stands out thanks to its diversity of materials – from plain carbon steels to high-alloy stainless steels to GRP.
The BUHLMANN GROUP carries a broad and comprehensive selection of steel grades ranging from carbon steel, stainless steel and alloy steel to titanium- and nickel-base alloys. Stocked items conform to all commonly used EN, ASTM/ASME and API standards.

The portfolio of products available for immediate delivery includes seamless and welded tubes, fittings and flanges. Seamless and welded tubes, for example, are available with wall thicknesses up to 110 millimetres; outside diameters of up to 1,016 millimetres (40 inches) are in stock. Moreover, the BUHLMANN GROUP offers fittings such as bellows valves, ball valves etc.

Premium supplier with a global reach

The branch offices and subsidiaries tailor their activities to the needs and requirements of their respective customers. Many locations handle both warehousing and distribution of steel tubes and pipes and fittings.

Having a presence in different markets worldwide doesn’t just ensure an immediate, direct response to customer enquiries, but it also brings about personalised advice and the provision of innovative, tailor-made solutions. Such an alignment with the international marketplace eliminates language barriers. For example, BUHLMANN China Limited was able to secure a major large-volume order by a Chinese chemical company in 2012 thanks to superior knowledge of individual expectations and the country-specific mindset.

In addition to a comprehensive portfolio, the BUHLMANN GROUP also offers individualised, versatile project management covering the complete set of requirements in pipeline, plant and power station construction. Tasks range from project design to procurement and supply logistics, including parts sourcing, all the way through to project supplements.

Upon request by the customer, the BUHLMANN GROUP will even handle the complete construction of tube and pipe installations for the building of chemical plants and power stations – from the planning to the actual construction to ongoing maintenance. Highly qualified teams develop the budget, source materials and prepare the final paperwork.

Concentrating project management in the hands of a single provider in this way facilitates individualised process cost optimisation in accordance with customer specifications. Flexibility is the top priority in this regard. Ongoing customer support continues seamlessly after the completion of the project. 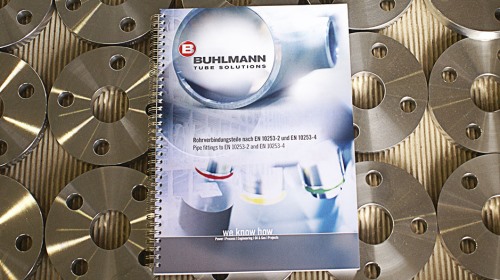 The standards environment has been upgraded significantly since 2006, particularly in this area – for instance, efficiency factors for pipe accessories with reduced efficiency have been completely recalculated based on EN 13445.

As a particular highlight, this insightful reference work offers readers a comprehensive overview of both of the above-mentioned standards in order to make navigating them even easier. Which parameters, such as weight and minimum length determinations as well as important tolerance limits, are mandated?

This book holds the answers to such questions. Additionally, users benefit from a side-by-side comparison of tube materials, from low- and medium-alloy steel to stainless steel. Because of the transitional period from national DIN standards to the European EN standard, this book still includes the old DIN universe for easier comparison – along with a description of comparable steel grades in accordance with American regulations to top it all off.

This trade publication is available for a nominal fee from the company’s Bremen office. Enquiries should be sent via e-mail to corporate_communications@buhlmann-group.com.