According to the German Solar Industry Association (Bundesverband Solarwirtschaft - BSW-Solar), photovoltaic systems produced more than 18 billion kWh of electricity in Germany in 2011. That is 60% more than the previous year and corresponds to approximately the volume of electricity, which in purely mathematical terms, could be used to supply more than 5 million households for one year. Since the benchmark paper submitted by the Federal Cabinet on the energy turnaround in June 2011, approximately 400,000 new solar systems have been installed in Germany. In this country 7 million people already live in buildings which use solar energy for their electricity and heating requirements, and no other form of energy enjoys such great popularity - across all sections of the population– like solar energy does.


The cause of this rapid development lies not only in the increased prices of fossil fuels. A further reason for the great demand is also the marked drop in the costs of solar technology. Since 2007 alone the prices of turnkey solar power systems have more than halved. Thanks to its consumer-orientated energy generation and its dramatic expansion coupled with rapidly falling costs, photovoltaic also enjoys high acceptance among the population. And following a renewed reduction in solar power tariffs in 2012, solar energy has in the meantime fallen below the price level of domestic electricity.

De-centralization – in other words the production of energy in a closely consumer-orientated approach, easy installation and servicing, unlimited availability, production without almost without any direct competition with other applications and at times of the day with the highest consumption, in other words covering peak demand times: all these advantages support the fast amortization of solar energy facilities; on top of this there is also the free “feel-good factor” for the end-consumer which sustainable and low-CO2 energy production brings.

So far - so good. But the solar energy industry of 2012 is encountering tough international competition, surplus capacities and inconsistent funding policies. Before they actually come into force, the significant cuts in solar energy funding planned by the Federal Government have already caused great damage within the industry: according to a survey of the BSW Solar-registered photovoltaic companies this April, there has already been a sales slump of over 50 percent. Under these circumstances, further declines in incoming orders are expected over the next few months and also for 2013. Over half the solar energy companies are already cutting staff levels.

In view of such dramatic figures, the solar energy industry appealed to the Bundesrat (Upper House) to alleviate the drastic cuts. On 11 05 the majority necessary for invoking a conciliation process was reached in the Bundesrat; as a result, the Renewable Energy Sources Act (RESA) with its planned subsidy cuts for solar energy is now firmly on the agenda for the federal state parliamentary chambers. This means that the solar energy sector can indeed hope that the subsidy cuts will once again be reduced, but if no agreement is reached in the conciliation process, the amendment to the Renewable Energy Sources Act can only be delayed with a two-thirds majority in the Upper House (Bundesrat).

“The excessively drastic cuts in solar energy subsidies have poisoned the investment climate in Germany, led to a slump in turnover and have already cost well over 10,000 people their jobs in the solar energy industry”, says a critical Carsten Körnig, Executive Director, Bundesverband Solarwirtschaft e.V. (BSW-Solar). “Only the federal states can now conduct further damage limitation. Their resistance must now persuade the Federal Government to back down and reconsider”, Körnig said. The solar energy industry is calling on the Federal State Minister Presidents to stand up and protect the industry’s employees and clearly lessen the impact of the planned cuts through the Bundesrat. 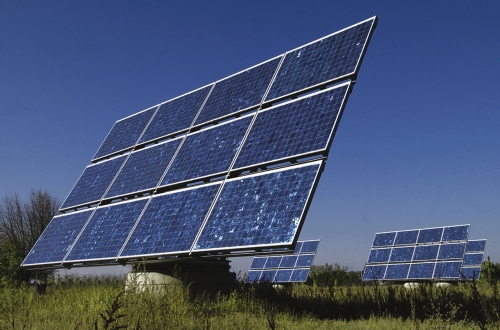 
Since autumn 2009, the decisive Renewable Energy Sources Act has been amended for the fourth time, in some cases fundamentally; the most recent amendment being on 1 January 2012 which saw a new version of the act coming into force. Now, backdated to 1 April 2012 - once again to the detriment of the solar energy industry - the government is set to intervene again. In this connection, BSW Solar is critical: “without any clearly understandable reason a whole future industry is being put at risk” - because there are no objectively well-founded reasons for such drastic reductions in solar energy subsidies. They also pointed out that the further expansion of solar energy, even according to the experts, would hardly result in any further increase in costs and could be realized without any technical reservations. Körnig: “The Federal Government must finally commit itself to the energy turnaround. Now it will be decided whether Germany will also reap the economic fruit of its pioneer role or leave it to the other countries.”

The marked drop in solar technology prices has led to a fall in the so-called solar energy “production costs” not only in the regions with high sunshine levels, but all over Germany to a level now below end-customer electricity prices. Four years ago the costs were almost five times as high. The fall in prices is also resulting in fast-growing solar technology sales markets now establishing themselves on all continents. Customers abroad are also increasingly placing their faith in solar energy, a fact which supports the vague hope of new markets. This year demand is expected to pick up particularly strongly among others in the USA, Japan and China. Due to the marked price slump, solar technology is also becoming increasingly attractive for many developing and threshold countries. Compared to the diesel generator-produced electricity still widespread in those countries, solar energy is now competitive. Even with all the optimism, in view of the raw competition climate German solar energy companies will however still be dependent on reliable political frameworks for a few years yet.

In order to ensure that the energy turnaround is a success, over the next few years the solar energy industry is seeking to cooperate even more intensively with the scientific sector along with representatives of the conventional energy industry and associated sectors. “All those parties who seriously want to see the energy turnaround succeed, must now all pull in the same direction”, says BSW Solar Executive Director Carsten Körnig, “The politicians’ task is to oversee the priority for the renewable energy sources and to purposefully steer the transformation of the energy system in the right direction. With this complex process a large number of measures have to be well coordinated with each other in terms of timetables and contents.”