Clear manufacturing standards, modern plant and construction technologies as well as an improved integration of employees – Lindemann GmbH & Co. KG Orion-Eisenverarbeitung located in Bünde has increased its material efficiency and productivity thanks to the support it received from Effizienz-Agentur NRW. 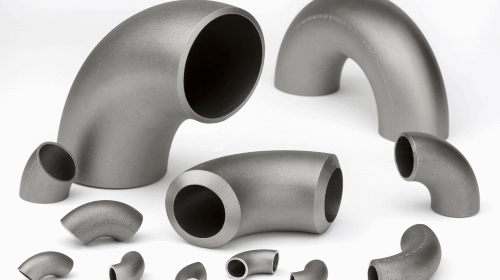 Lindemann GmbH & Co. KG has been manufacturing high-quality pipe bends that are used as standard components in a wide range of different branches for over 60 years. The heat-formed pipe bends in various dimensions are manufactured on a total of six production lines using the so-called "Hamburg Procedure". The pipe bends that are produced using this procedure are particularly material efficient due to the fact that uniform wall thicknesses can be achieved.

"The significant requirements with respect to quality and tolerances of the bends meant that large amounts of material and energy were required for their manufacture", reported Haris Uysal, Managing Director of Lindemann GmbH & Co. KG. In addition to that, the subsequent finishing work, which needed to be carried out on the pipe bends and the reconditioning of the tools, took up a lot of time.

"In order to identify the potentials with which to reduce the material losses, as well as to develop concrete measures in this case, we used the PIUS Check from Effizienz-Agentur NRW", said Uysal. The agency that works on behalf of the Ministry for Climate Protection, Environment, Agriculture, Conservation and Consumer Protection of the State of North Rhine-Westphalia has been supporting manufacturing companies in improving their resource efficiency for over 15 years.

"The PIUS Check analysis showed that the variety in production that existed and the manner in which the tools were being used resulted in high-levels of material losses. This meant that, for example, pipe sections that were too long were often selected", explained Heike Wulf from the Bielefeld regional office of Effizienz-Agentur NRW.

The reason: As a consequence of the fact that following the hot working of the pipe bends, the ends of the bends become very oval and the dimensions deviate significantly, the pipe sections were intentionally cut too long in order to avoid having to carry out the follow-up finishing work that would otherwise be required. This translated into production losses of between 15 and 35 percent. The result of the PIUS Check was a concrete plan of measures in order to increase the resource efficiency.

In a further step, the company modernised the tool construction process: Lindemann today uses computer-supported construction processes. This so-called CAD tool makes it possible to develop three-dimensional models. The manufacture of forming mandrels in the bending process is more efficient, more exact and saves on costs. 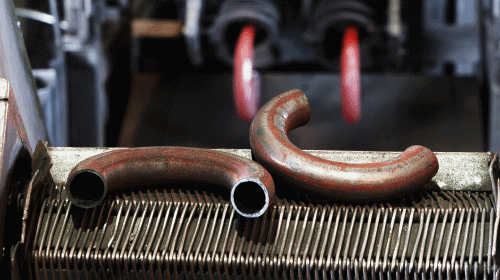 The Lindemann company increased the productivity of the facility by 20 per cent by way of resource efficiency measures. © Lindemann GmbH & Co. KG Orion-Eisenverarbeitung

Lindemann also invested in the modernisation of its first manufacturing facility. Thanks to replacing the oil burner with a hybrid heating system, the company makes savings of €40,000 annually on oil costs. A new induction coil was also installed. The measures undertaken not only increased the productivity of the system by 20 percent, it also improved the working environment for the employees at the same time by reducing the amount of noise and heat they were exposed to.

"Thanks to these implemented measures, we today save 60 tons of steel pipes and 170 kg of welding electrodes and grinding discs per year, which corresponds to €68,000 in materials", says Managing Director Uysal. The modernisation of the plant and construction technology led to further annual savings of approximately €40,000. This compares to overall investments of €46,500 that were made.

In 2012, the PIUS Check consultation received subsidises from the German Ministry of Environment (BMWi) as part of the "The Programme for Advising Small and Medium-Sized Enterprises on Profitably Improving Their Material Efficiency (VerMAT)". Metatech GmbH based in Kamen was the consulting partner for the project.

Transparency with respect to their companies' own CO2 emissions are also becoming ever more important for the medium-sized manufacturing companies – whether that be with respect to resource and cost savings, or in order to meet customer requirements. Over 110 companies and consultants from North Rhine-Westphalia used the Eco-Cockpit training Effizienz-Agentur NRW offered in the autumn in order to identify the CO2 drivers in their operations. Further trainings are planned for 2016.

"The large and positive resonance achieved by the training showed that the topic of CO2 balancing has a very significant actuality within the economy", says Frederik Pöschel, Project Manager at Effizienz-Agentur NRW. "Knowing about your own CO2 emissions has now been a competitive advantage for quite a long time." This saw a company, which fits-out train-platforms, being awarded a contract by Deutsche Bahn because it was able to prove the CO2 balance that had been required in the invitation to tender thanks to Eco-Cockpit.

Eco-Cockpit (www.ecocockpit.de) is easy to use and offers companies a wide variety of evaluation possibilities. The results allow the process and product emissions to be assessed, as well as allowing these emissions to be compared with everyday variables – and thus help to identify the primary emitters and, in turn, exploit improvement possibilities.

The tool works in accordance with the Greenhouse Gas Protocol, with the focus on emissions that are generated by the company (cradle to gate). The basis for this is provided by the recognised free databases for CO2 equivalents GEMIS and ProBas. 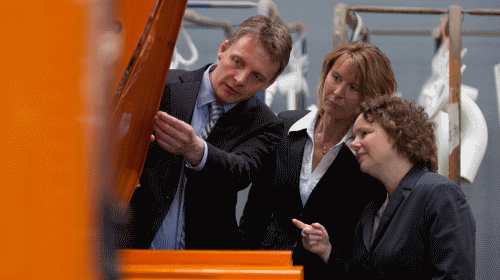 "With Eco-Cockpit, companies and consultants can attain information about the CO2 emissions related to their products, processes and business locations", explains Pöschel. "On the basis of the information that they have attained, companies can derive measures with which to reduce the CO2 emissions of their operations. The results can be strategically used in order to give companies a more resource-efficient orientation and make them more competitive."

The security of the data has the highest priority in this case: When the Eco-Cockpit is used, all the data remain on the user's system. No data transfer takes place.

"Companies that want to develop and implement concrete measures with which to increase efficiency after having used Eco-Cockpit can use our agency's resource-efficiency consultation as the next step", explained Lisa Venhues, Project Manager at Effizienz-Agentur NRW. "This allows us to offer companies a simple start in a resource-efficient way of doing business in the areas of production, product development and cost calculation."