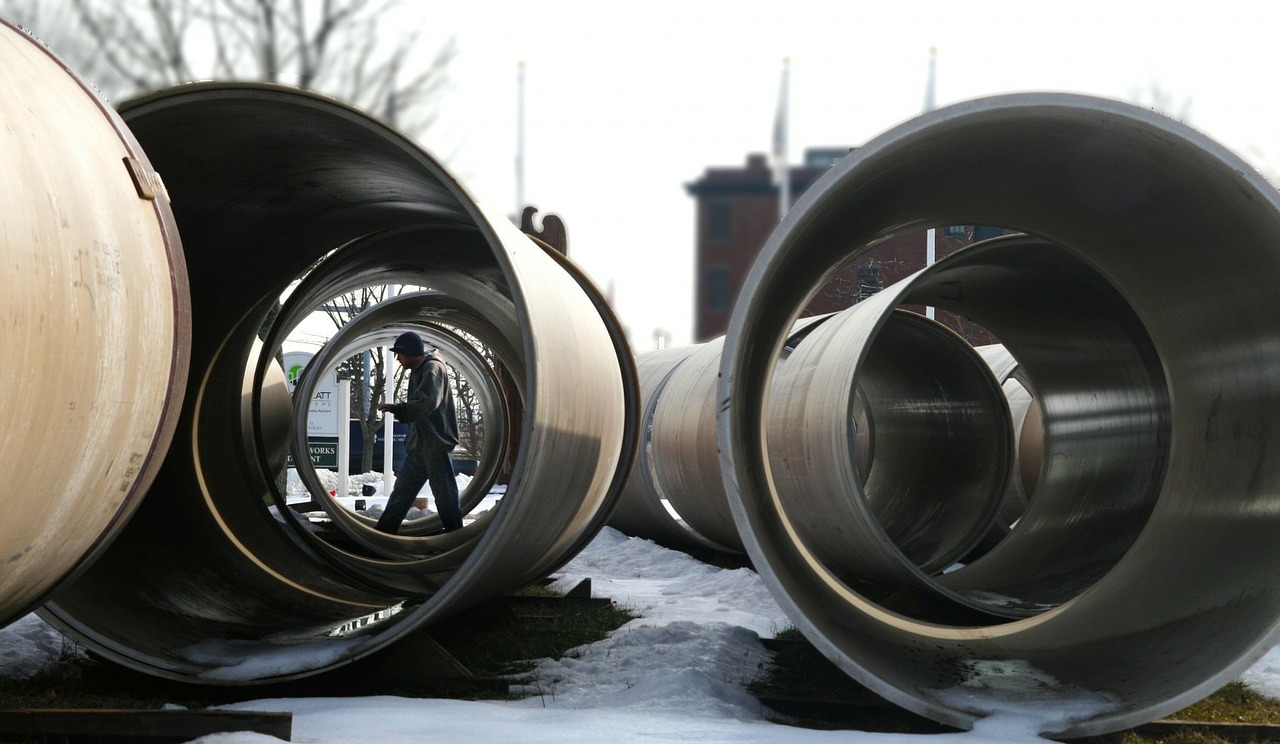 Pipes are the arteries of the industrialised countries. They provide enterprises and private households with water and ensure disposal of their wastewater. If sewage pipes are missing or defective, then this has rather a disruptive effect on the economic cycle. To prevent their systems from grinding to a halt, governments and enterprises therefore need to invest extremely large sums of money in repairing, renovating and replacing such pipes.

There’s a lot to do for pipe manufacturers – and indeed everywhere, throughout the world. Take, for instance, St Petersburg where the supply situation is critical both for drinking water and for wastewater disposal. According to the foreign trade and marketing company Germany Trade and Invest (GTI), tap water in St Petersburg is substandard because 40 per cent of the city’s 6,755-kilometre pipe network has been “worn to a frazzle”. In Western European cities, by contrast, the level of wear and tear averages only 12 per cent. “St Petersburg is therefore doing everything it can to remedy this defect and modernise its network, so that it can eventually reach the same level as Munich or Berlin,” says GTI. The city is planning to spend nearly EUR 2.3 billion on its water supply by 2025.

Rusty pipes in St Petersburg
The situation is equally tricky in wastewater disposal: “Not all the wastewater that is produced in this metropolis is actually cleaned. Dirty water still gets into the Neva and into other waterways,” says GTI. Moreover, a large proportion of the city’s sewage and water supply system is outdated. “Most of the pipes are made of cast iron and rust at a terrific speed.”

It’s an unfortunate situation that needs to be stopped. From 2025 all wastewater that enters the natural water cycle must have been cleaned first. St Petersburg is therefore replacing 900 kilometres of its sewage system, building new wastewater treatment plants and planning to install a completely new wastewater purification system. The costs, according to GTI, will be approx. EUR 3 billion between now and 2025. So, in order to create a state-of-the-art sewage system, there will be a demand for pipe specialists.

New wastewater systems for China’s industry
While Russia has an investment backlog in the construction of pipes, caused by its ailing sewage system, China needs to adjust itself to increasing industrialisation and urbanisation. The country has an immense deficit in industrial and public wastewater treatment systems, so that “polluted industrial wastewater keeps getting into the groundwater without being filtered,” says Germany Trade and Invest. The share of mercury and arsenic in the Yangtze and Yellow Rivers is clearly too high. According to research, 57 per cent of China’s groundwater is either “poor” or indeed “very poor”. “One major reason is the substandard quality of wastewater disposal in agriculture, industry and domestic housing. At the moment only 65 per cent of used water can be adequately cleaned.” Yet, according to estimates, China’s demand for water will exceed 500 billion cubic metres by 2030, putting the Middle Kingdom in the first place in the global ranking.

The decision to invest has therefore long been a done deal in China. During the last few years around EUR 55 billion has flown into China’s water industry, and, according to GTI, another EUR 37 billion will follow soon. The money will be channelled, among other things, into completing the South-North Water Transfer Project, a system of canals to take water from southern to northern China. Nearly US$ 80 billion, incidentally, has so far been invested in this project.

United States: pipes in a poor state
Expensive replacements will also be required in the United States over the next years. By 2020 nearly 42 per cent of all pipes will be in a poor or very poor state. In Chicago, for instance, part of the water infrastructure is already over 100 years old. In Miami-Dade County in Florida around 14,000 miles of water pipes have reached a state of dilapidation. In all, it’s a sobering balance, as a large proportion of US pipes date back to the 1940s, 50s and 60s. As a result, around 3,000 billion litres of untreated wastewater seep into surface waters each year. What makes the situation worse is that the system is already overloaded by heavy rainfall.

The American Society of Civil Engineers (ASCE) believes that the replacement of old and unusable pipes alone would require more than US$ 1,000 billion in investments. Of this total, around US$ 298 billion would be required for the replacement of wastewater and rainwater systems over the next 20 years. The largest proportion – 80 per cent – will need to be spent on pipe replacements.

Additional pipes will be needed in the booming shale gas industry, and shale gas extraction will require technologies for water recycling and reuse. It will mean installing pipes that are resistant to chemicals – a need which presents good opportunities for pipe manufacturers and suppliers to support the current radical transformation of the US water sector.

Major need for redevelopment in Germany
Faulty connections, cracks, drainage obstructions such as roots and also damage from corrosion have also affected water and sewage pipes in Germany. DWA, the German Association for Water, Wastewater and Waste, believes that there is a major need for redevelopment now. About a fifth of all systems are damaged in parts and will need to be redeveloped in the short or medium term. “The average age of Germany’s water and sewage pipes is 41 years, and the average calculated remaining useful life is 47.1 years.”

What is striking is that there has been a slight shift towards more repairs in pipe maintenance, while the proportion of replacements and renovations is decreasing.

Material for permanent protection
One major point in the replacement of pipes is the choice of suitable materials for the manufacturing process. Until now preference has largely been given to stoneware and concrete, including reinforced concrete – depending on the medium and the throughput. If the medium is aqueous, the most important quality is corrosion protection. One option is to line the pipe with cement mortar, as this avoids direct contact, for instance, with the steel pipe. At the same time, the alkalinity of the mortar ensures active corrosion protection. The trend that can be observed is an increasing preference for plastic pipes which are gradually becoming more widespread in the creation of new networks – even though, according to DWA, their share is still “only” seven per cent of the total network. Other crucial elements in a water or wastewater pipe, apart from the material, are of course its length and its wall thickness.

35,000 pipes through the Emscher Sewer
One of Germany’s most attractive projects is the Emscher Sewer. Construction started in 1992, and completion is expected for 2020, when it will have a total length of 51 kilometres, reaching from the wastewater treatment plant in Deusen, a district in Dortmund, to the confluence of the Emscher and the Rhine at Dinslaken. Total investments amount to EUR 4.5 billion, of which around EUR 3 billion has so far flown into the project. “300 of the system’s 400 kilometres has been built up to now,” said the water management association Emschergenossenschaft.

Further impressive figures in connection with the Emscher Sewer are its 35,000 pipes with diameters between 1.4 and 2.8 metres, which are installed 8 to 40 metres underground. The pipes are made of reinforced concrete. The gradient at these pipes is 1.5 per cent, i.e. 1.5 metres per kilometre, with a wastewater flow speed of 4 km/h.

The aim of this large-scale project is to take the wastewater to its treatment plants via underground pipes. “It means that the small rivers on the surface can be free from wastewater and can be redesigned in a way that is close to nature,” says the water management association.

Pipes at sewage treatment plants
But it’s impossible to talk about wastewater without including the entire wastewater system, and indeed not merely the wastewater pipes, but also the pipes within a sewage plant. Raw sludge, for instance, is pumped into a digestor which is several metres high. The digestion tower has a screening drum – a large pipe with numerous openings for sewage intake. Further pipes are required to take the wastewater from the aeration tank into the clarifier where the slurry is separates from the water under the force of gravity. Next, the sludge is taken back to the aeration tank via further pipes. The purified water can then flow back into a small or large river if there is one – obviously via a canal.

Water is conveyed as steam
Wastewater treatment plants also require special structures. These include rainwater overflow basins, rainwater retention basins and retention soil filters. After or during a heavy rain the water intake capacity and cleaning capacity of the plant may be exceeded. “To prevent this from happening, a rainwater overflow basin is built outside the plant with the purpose of providing interim storage for wastewater,” says the German water management association Wupperverband. On the other hand, a rainwater retention basin can be used for the short-term storage of large water volumes “before being conveyed further in the form of steam. The water rushes into the basin within a short period of time, is collected and is then gradually released into the body of water via a choke, i.e. a relatively small pipe.” This avoids surge flushes, says the association, and thus harm to wildlife in the body of water.

EU standards cause pressure to act
Many European countries are now under pressure to act, particularly in Eastern Europe. By 2018 all municipal wastewater facilities must meet EU standards. This means expanding and modernising existing wastewater treatment plants as well as building new ones. Also, money has to be invested in expanding sewer systems. So, as we can see, the demand for pipes is clearly as strong as ever. 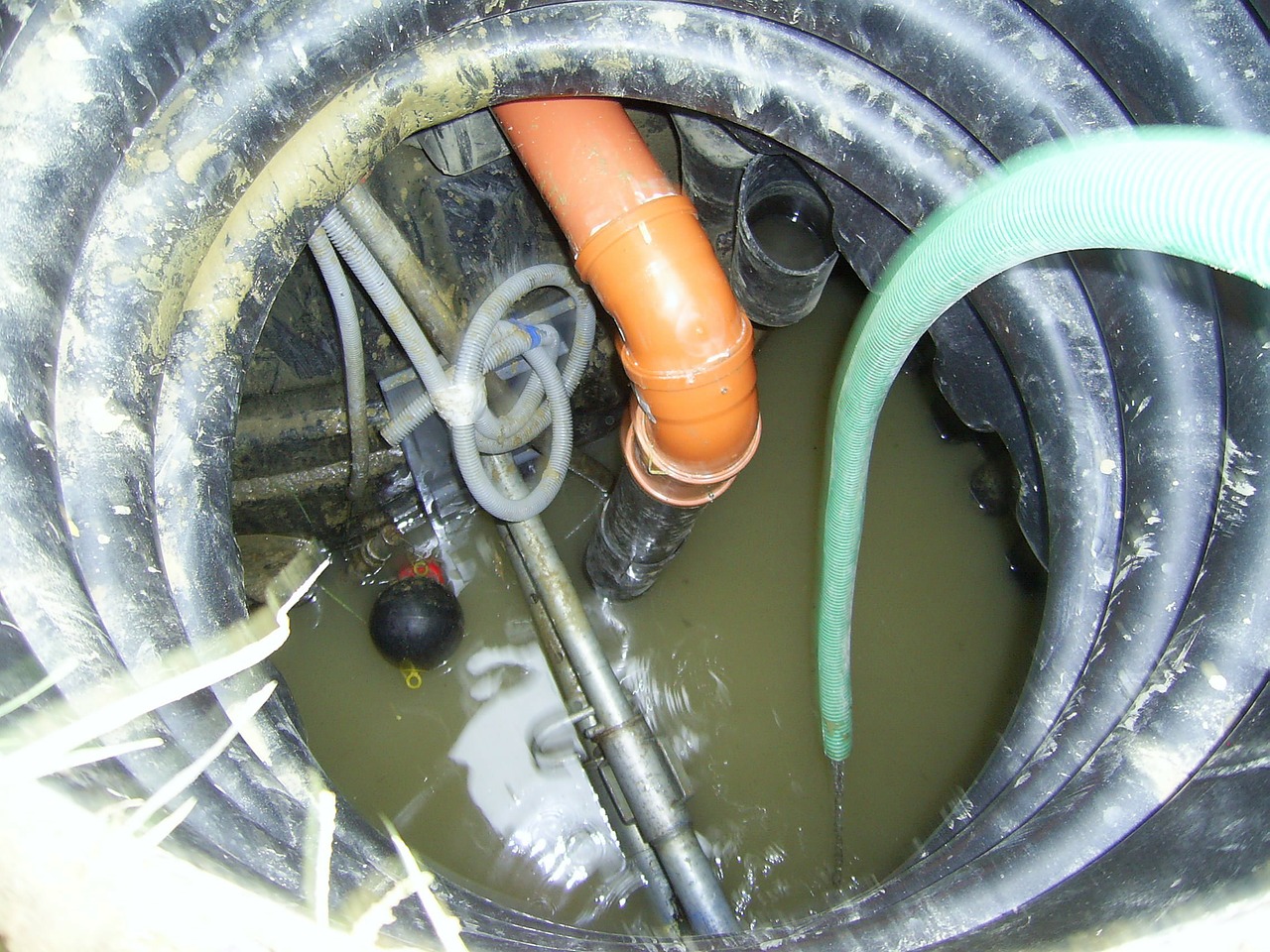